You are here: Home / engineering

Defending champs from last year’s Formula Hybrid competition, the Mozee Motorsports team from the Milwaukee School of Engineering, went back to the drawing board to build this year’s parallel hybrid, says faculty advisor Dr. Matthew Schaefer.

“It was just time to start over from scratch,” says Schaefer, who is back in Loudon this week for his fifth time at the competition, fourth as the team’s adviser. Only the tires and steering wheel are returning from last year’s car, he says.

What’s the biggest difference this year? “Power,” says Schaefer. The upgraded power train has double the power of the previous incarnation. The car’s lightweight and durable SwissAuto 250 engine, donated to the team by Polaris, enables a quick acceleration from 15 to about 62 mph, based on testing, Schaefer says.

“The max speed is in the same ballpark (as last year’s car),” Schaefer says, “but we should be able to get there a lot faster,” which the team hopes will help them in the acceleration event.

The car features a unique octagonal frame design that incorporates the side pods where the batteries are stored.

“By using those as part of the frame, the rectangular frame doesn’t have to be quite as stiff because those side pods are doing some of the work,” Schaefer explains.

As a result, however, the team encountered a tight space that made suspension design more challenging.

Sophomore Harry Snyder was responsible for steering and building the pedal box, as well as managing the team’s finances. “Having some say over what the seniors get to do is kinda fun,” he says, smirking.

Thanks to his experience on the Formula Hybrid team, Snyder snagged an internship at Hayes Brake Company. “Getting experience is a big part of it,” he says, “and also making friends.”

Schaefer says the team’s organizational structure resembles an automotive company, with the club acting as decision-maker while the seniors working on design projects make up the R&D arm. This keeps students from all levels involved from year-to-year, he says.

“How often do you have students at every grade level working together on the same project?”

Last night at Formula Hybrid, Professor Charlie Sullivan of Thayer School of Engineering at Dartmouth presented his new course, Practical Electrified Vehicle Engineering, to a group of educators and automotive industry professionals. Sullivan said the new course, which aims to bridge the gap between system design and technical skills, could eventually become more widely available as a modular online course.

“Rather than just laying out the rules, we’re looking at, what’s the engineering basis for them?” Sullivan explained. “We’re developing people who have a deeper understanding of that.”

Students learn not only about the operation of circuits and how to design and optimize systems, but also practical skills in construction and safety around high-voltage.

One presentation attendee from an automotive manufacturer said areas of electric vehicle development that are often viewed in the automotive industry as “black magic” include electromagnetic compatibility (EMC) and electromagnetic interference (EMI), as well as the thermal management aspects. Manufacturers often outsource work in those areas, he said.

Sullivan discussed the course and its materials with other educators who attended the talk and compared notes on the way Formula Hybrid teams are set up at the various institutions that compete. Some FH programs are strictly voluntary and set up as clubs; other schools offer credit for certain aspects of the vehicle design and construction. One professor explained that his students are given an exam on the Formula Hybrid rules.

Sullivan said he was open to additional feedback about the course content and format. He also touted the new textbook being used in the course, Electric Powertrain: Energy Systems, Power Electronics and Drives for Hybrid, Electric and Fuel Cell Vehicles. The book’s author, John G. Hayes, attended the presentation and offered a discount code for the book. 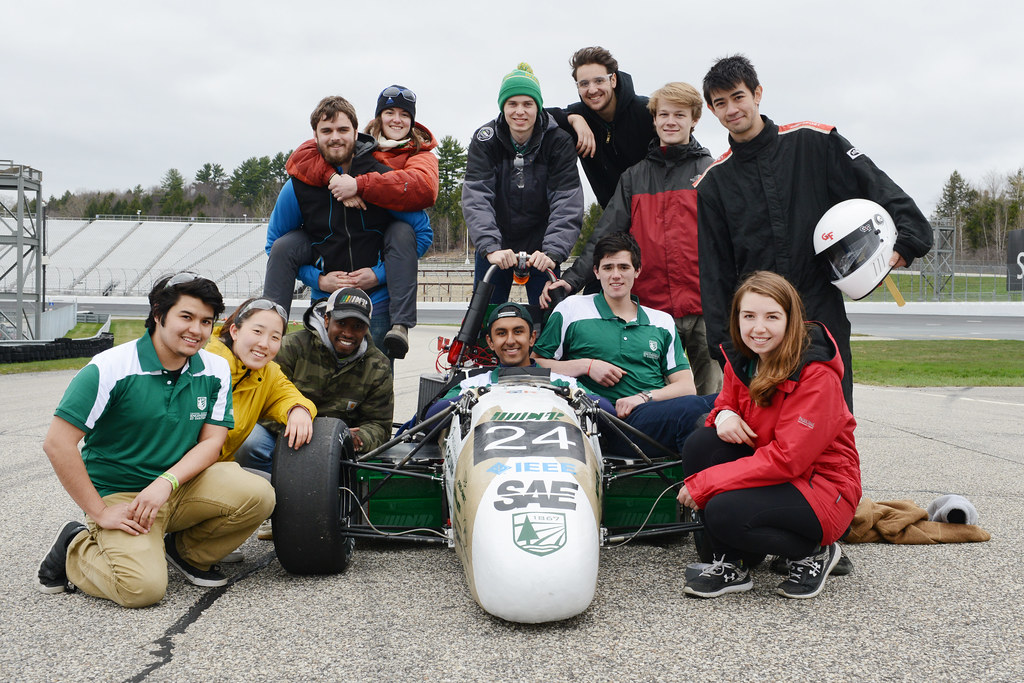 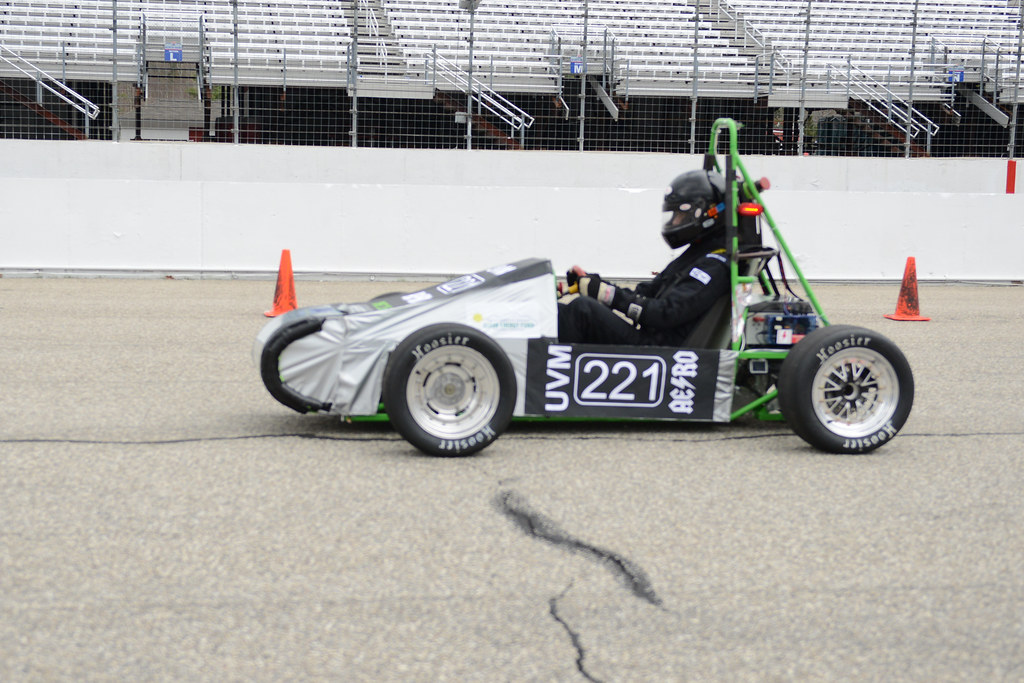 Five teams are all the way through electrical and tech inspections:

UVic Hybrid and Bearcat Motorsports have also passed the rain test. Other teams are on deck for that …